Clown says material written by Paul Gray will be on next Slipknot album.

Slipknot are currently on a break from their last touring cycle, which included a headlining spot on the 2012 Mayhem Festival, the Heavy T.O. and Heavy MTL festivals, and the band’s very own live creation, Knotfest. In a recent interview Artisan News, Slipknot percussionist and creative pathfinder Shawn ‘Clown’ Crahan spoke about late bassist Paul Gray‘s contributions will be heard on the next Slipknot album.

“There are songs that he’s written that will be a part of the next record,” says Crahan in the video interview posted below. “We’re all going to have to think like him, and he’ll be there. He’ll be there; there’s no way [that] Paul Gray [will not be] a part of anything that we do for the rest of our career.”

Gray’s bass was placed onstage during Slipknot’s last touring cycle, with the band’s touring bassist, Donnie Steele, remaining offstage during shows. We had the opportunity to speak with Clown at the 2012 Heavy MTL festival in Montreal, Quebec, where the masked musician explained the difficulties that Slipknot continue to face without Gray.

“As we all know, Paul was a major writing force in the band,” says Clown. “We’ve been sporadically touring for two years to share the grieving process with our fans instead of doing it by ourselves and having them do it by themselves — we’re doing it together … Even though it’s been over two years, you’ve got to be able to go into the studio calm, cool and collected, because I’m not ready to walk into a studio and not see him.” 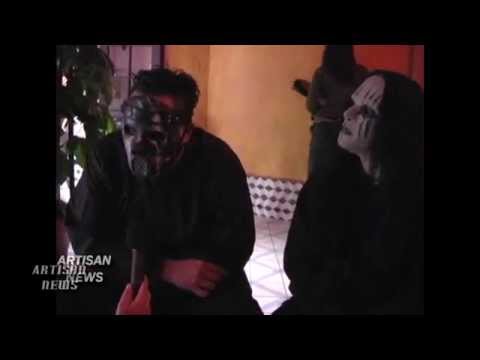